If you are a woman who desires to be married or you are married, did you know you are a crown? Here is a humbling thought as you think and pray for your husband,

“A virtuous woman is a crown to her husband:” Proverbs 12:4a

A Wife is a Man’s Crown

What a humbling thought, after learning about crowning him with many crowns, to think you are one of those crowns. 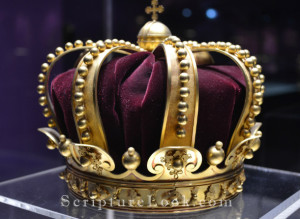 What a precious joy you are to your husband. When people see him they will see the glory and beauty of the crown he wears. Fear the Lord dear sister for that is where praise comes from

“Favour is deceitful, and beauty is vain: but a woman that feareth the LORD, she shall be praised.” Proverbs 31:30

The Beauty of the Crown

Men desire respect more than anything. A crown on your husband is meant to be worn and seen. If a woman fears the Lord she shall be praised but who else receives such praise? Is it not the man that dawns the beauty of the crown he wears? A crown does not exhibit its own will but is simply yielded to the will of the husband to wear her.

Oh the disgrace of the modern woman who fights being put on display and makes all kinds of accusations and railings against the husband of her youth.

In her pride the modern woman, wants to avoid being a display for her husband, who cherishes her beauty and fairness. But in her rebellion she in fact displays herself in a most odious manner, to the disgrace of the King himself.

Esther 1
[10]  On the seventh day, when the heart of the king was merry with wine, he commanded Mehuman, Biztha, Harbona, Bigtha, and Abagtha, Zethar, and Carcas, the seven chamberlains that served in the presence of Ahasuerus the king, [11]  To bring Vashti the queen before the king with the crown royal, to shew the people and the princes her beauty: for she was fair to look on. [12]  But the queen Vashti refused to come at the king’s commandment by his chamberlains: therefore was the king very wroth, and his anger burned in him.

God made men to be enraptured and fascinated by the female creature that our Lord created for them. It is no wonder they give into the devil’s lies so often before marriage. But what grace God displays in giving a man a beautiful crown regardless his past. And for the man that has reserved himself for her what joy he takes in her. In either case a man can rejoice in the beauty of the crown our Lord has given him.

Many times while on deputation, travelling and visiting churches, to my shame, for I cannot say on the way up to these churches I was a pleasing wife, yet my husband still introduced me with such love to the congregations we visit. That was God’s grace.

But how many men will not suffer their wives to be odious and in fact will desire to put them away as King Ahasuerus did with Vashti?

The Gift of the Crown

Dear sister I write this not to frighten you in any way but to once again expose your need for Him, our Lord Jesus Christ. It is thy spiritual husband, your God, who has taken His crown and placed it on mortal man for His glory to shine.

You are a gift from God above to a man who has certainly found favor in the Lord.

“Whoso findeth a wife findeth a good thing, and obtaineth favour of the LORD.” Proverbs 18:22

May your life be blessed as a crown to thy husband, Jesus, or the mortal man our Lord has given you to be a wife.

To GOD be ALL the GLORY

A Crown for a Man 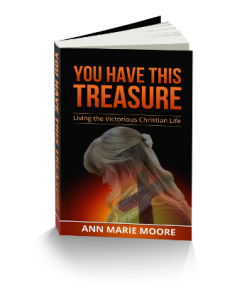 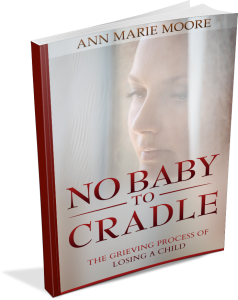